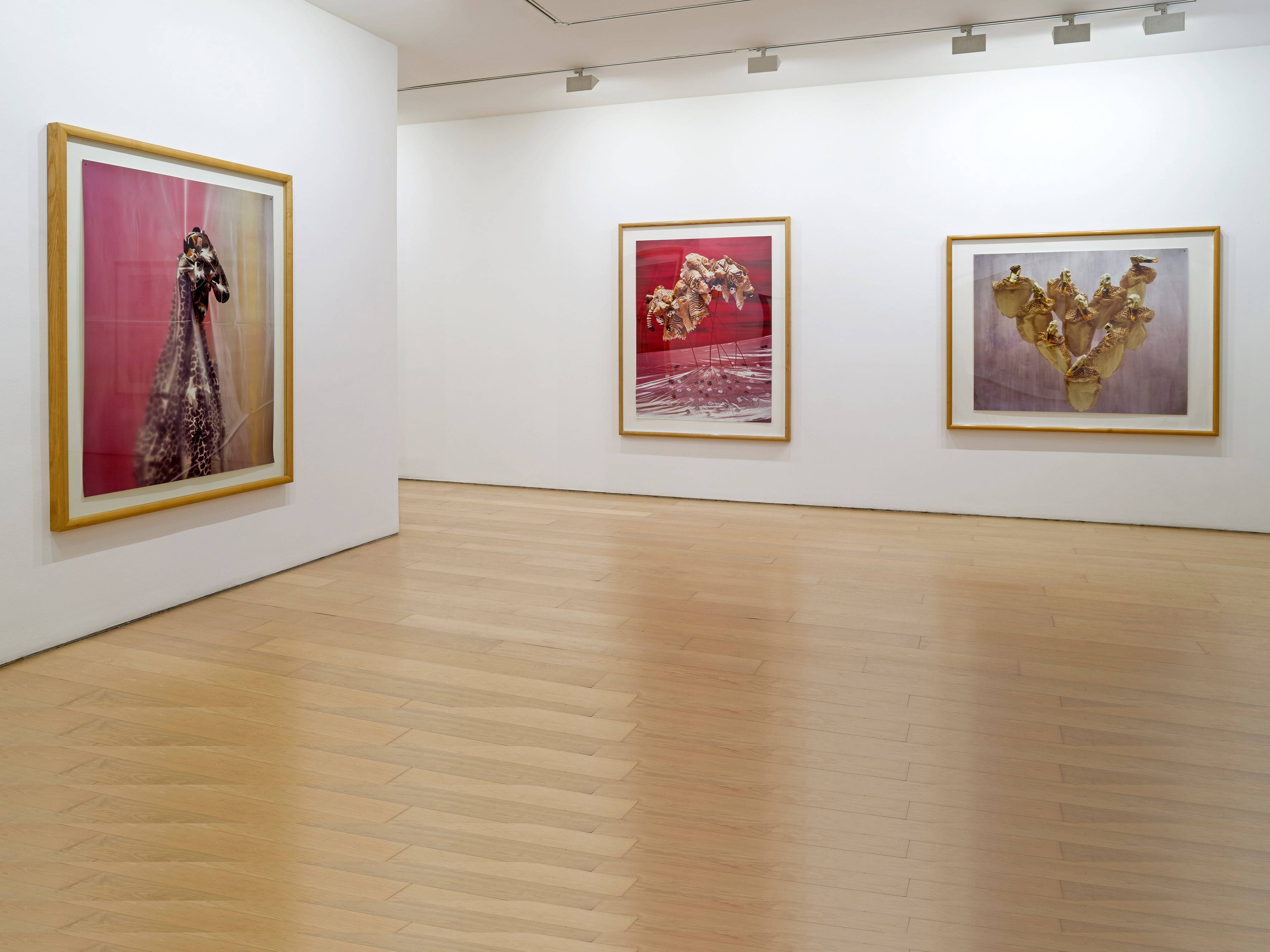 Boyd Webb was born in Christchurch, new Zealand in 1947. He studied fine arts at Canterbury university in new Zealand and at the Royal College of art in London. Since 1972 he has lived and worked in London.

“Serendipitous and questioning, puzzling and perverse, Boyd Webb’s photographs move stealthily between illusory construction and two-dimensional fact. They draw on the techniques of scenography and model-making, the strategies of staging and display, to create a compressed universe in which human and animal, object and image, set and scenario are made, positioned, captured and dissected. His work is paradigmatic of our current moment in its provocative scrutiny of the codes of vision and narrative – he manipulates both to pose questions about meaning and reality, to test old truths and propose new laws.

… In the 1990’s, Webb conveys not only the miniscule but the galactic not as a painted surface but as a numinous realm, a suspension of materials in substance which in turn is illuminated by light. He uses light to expose surfaces which suggest what lies immediately behind observable reality, representing this in the harsh glare of bright studio lighting to ensure that the colours remain ‘wasabi-like’ in their strength.

Curiously, at this juncture in our technological history, Webb eschews the new digital image-making possibilities many of his contemporaries are embracing. rather than manipulating his images on computer, Webb continues to labour over the careful preparation of materials, the lighting of his set-ups, and finally the camera’s action. He manages to achieve the most discombobulating effects by making simple ingredients (tinfoil, dust, wall paper paste and plastic) take on the eerie sheen and synthetic hues of digitally-produced objects.”