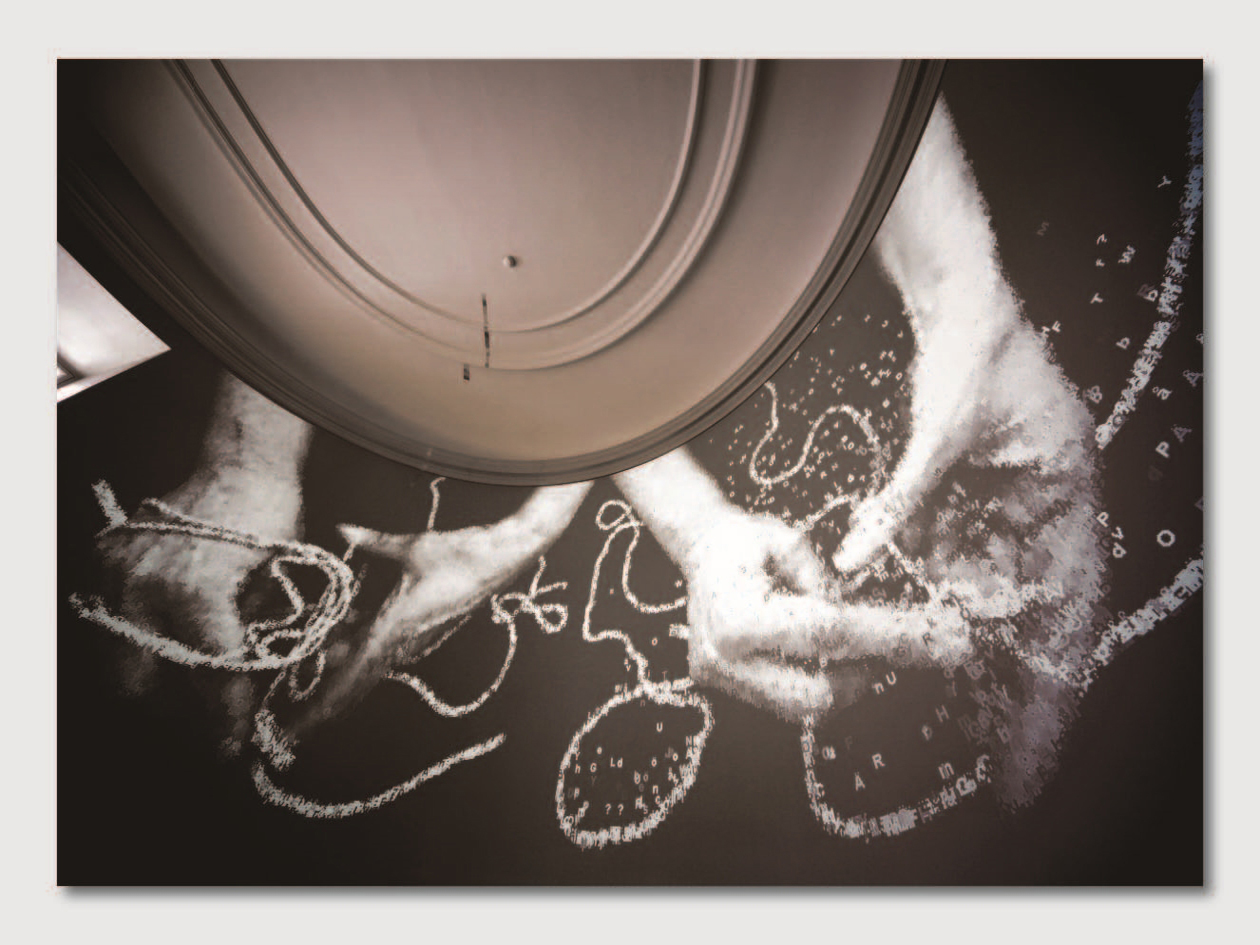 Charles Sandison was born in Northumberland, Scottland, in 1969. He studied fine art in Glasgow School of Art graduating with an MFA award in 1993 and also received  the Bram Stocker Medal for Innovative Art. He lives and works in Finland.

Charles Sandison belongs to the young generation of artists who have drawn on the experience of (Post) Minimalist sculpture and Conceptual Art to invent a new visual language, sensitive and critical.

Sandison’s work involves the use of computer programmes that display words in motion. These words are projected onto architectural elements- facades, ceilings, floors, corners etc. thus creating site-specific installations. The words cross each other, connect, collide, avoid one another or reproduce according to a system, an artificial intelligence, the mechanisms of which the viewer can guess at, but whose purpose remains a mystery.

Each word possesses a motion, a specific behaviour. As he mentions: “For me words are very important, they seem to have a life and history independent from that of humans. I perceive them as living entities.”

His installations develop out of co-ordinates and constraints of space. In this way, Sandison produces a broad and open environment, an area where the amplitude of the motion and transformation of words gives shape to a liberty of movement, thought and daydreams. His installations evoke the flow of a river, birds in flight, drifting clouds, creatures swarming in the soil.

There is nothing didactic about his installations: just words, with no syntax, wandering around a particular architectural setting. And it is in the gap between these words that a movement is created, a living space, a possible journey with no starting or finishing point.