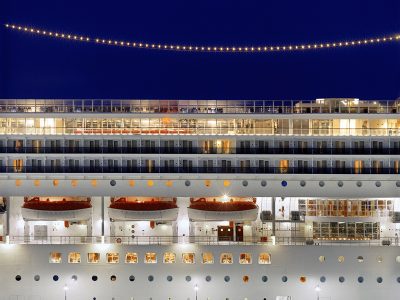 Paolo Colombo (b.1949, Ιtaly) creates paintings that illustrate a lyrical series of moments, each holding the highest intensity.  Ranging in sizes to be peered into or poured over, they open across saturated washes of color, checkered squares, fine lines or lettering with the consistency of embroidered cloth. Chosen in part for its resistance as a medium to correction, we see water colors in their most soft or dense tones employed to transcribe his poetry or illustrate images culled from memory.

The practice of Cameron Jamie (b.1969, USA)  has a distinct place of its own in the contemporary art scene. Through a wide range of media: performance, video, sculpture, installation, photography and drawing, his work embodies an ongoing investigation into the unselfconscious folklore of suburban culture, exploring marginal realities, amateur and vernacular traditions and revealing a hidden face of our society.

Dionisis Kavallieratos’ (b.1979, Greece) flexible artistic practice includes small and large-scale sculptures in wood, clay or mixed media and drawings in pencil and charcoal. His work reveals a dazzling inner world -a personal universe of a post-pop mix of mythology, history, politics and religion- that addresses fundamental issues such as good and evil, life and death, sex, heroism and immortality through a surreal and ironic point of view. His sculptures of astonishing virtuosity subvert historical and social data with references from the mass psychology of pop culture, comics and Dante’s hell, to children’s stories and Al-Qaeda. Dionilsis Kavellieratos’ works create a personal cosmology with poetic narratives that depict the human species in the depths and heights of its greatness, through a humorous and ironic style.

The photographs of Stratos Kalafatis (b.1966, Greece) are narrative. With the use of the medium, square format, Kalafatis uses a palette of saturated colors, imposing seductively the flash even during daylight.The photographic narrative is as important as the content of the images. The artist becomes therefore an author-photographer, a story teller.

Christiane Löhr’s (b. 1965, Germany) sculptures seem rather unusual in light of the simplicity of their materials, because these run counter to our visual expectations. Löhr’s work evolves through her direct contact with nature and it is here that she finds materials such as plant stalks, dandelion or ivy seeds, which are used to construct tiny sculptures reminiscent of everyday objects or architecture. She also uses horsehair in order to make small, hand sized, as well as large, wall sized ‘drawings’ in her various installations.

Nikos Navridis (b.1958, Greece) keeps working inspired by the dramatic and literary oeuvre of Samuel Beckett, selecting quotations from the writer’s texts, that behave in an autonomous and independent way. The pieces, large golden coated surfaces, act as a substratum where the luminous phrases of the texts are projected emphasizing the equivocal significance of gold which nowadays acquires an apropos dimension

Rallou Panagiotou (b.1978, Greece)  creates sculptural topologies with composite materiality and formal conciseness. Assembled from highly mediated fragments of built environments, anatomised commodities and traces of gestures, her work collapses distinctions between different orders of objects and technologies via a currency of emotions.

Kostas Sahpazis (b.1977, Greece)  is an artist that uses, what one may call, new materials and new media, yet in its essence, his process is strongly based in the predominantly plastic techniques. The works start at a full draft, which are in turn transferred successively to different materials. This process presents both the final design and material and the intermediate stages of creation. Therefore, the remains in every sculpture become the witnesses of this process.

Christiana Soulou’s (b.1961, Greece) drawings are characterized by sensitivity and an almost academic rigor, commenting upon the human condition. Her works examine an inner world that is constantly moving and obeying the whims of human mood. In her works one can easily observe a particular attention to mental and psychological states, and a direct relationship with dance and theater. Her drawings seem to deal with and continue a tradition dating back to the puppet show of Heinrich Kleist and reach the work of Oskar Schlemmer and Hans Bellmer.

Charles Sandison (b.1969, Scotland) belongs to the young generation of artists who have drawn on the experience of (Post) Minimalist sculpture and Conceptual Art to invent a new visual language, sensitive and critical.Sandison’s work involves the use of computer programmes that display words in motion. These words are projected onto architectural elements- facades, ceilings, floors, corners etc. thus creating site-specific installations. The words cross each other, connect, collide, avoid one another or reproduce according to a system, an artificial intelligence, the mechanisms of which the viewer can guess at, but whose purpose remains a mystery.