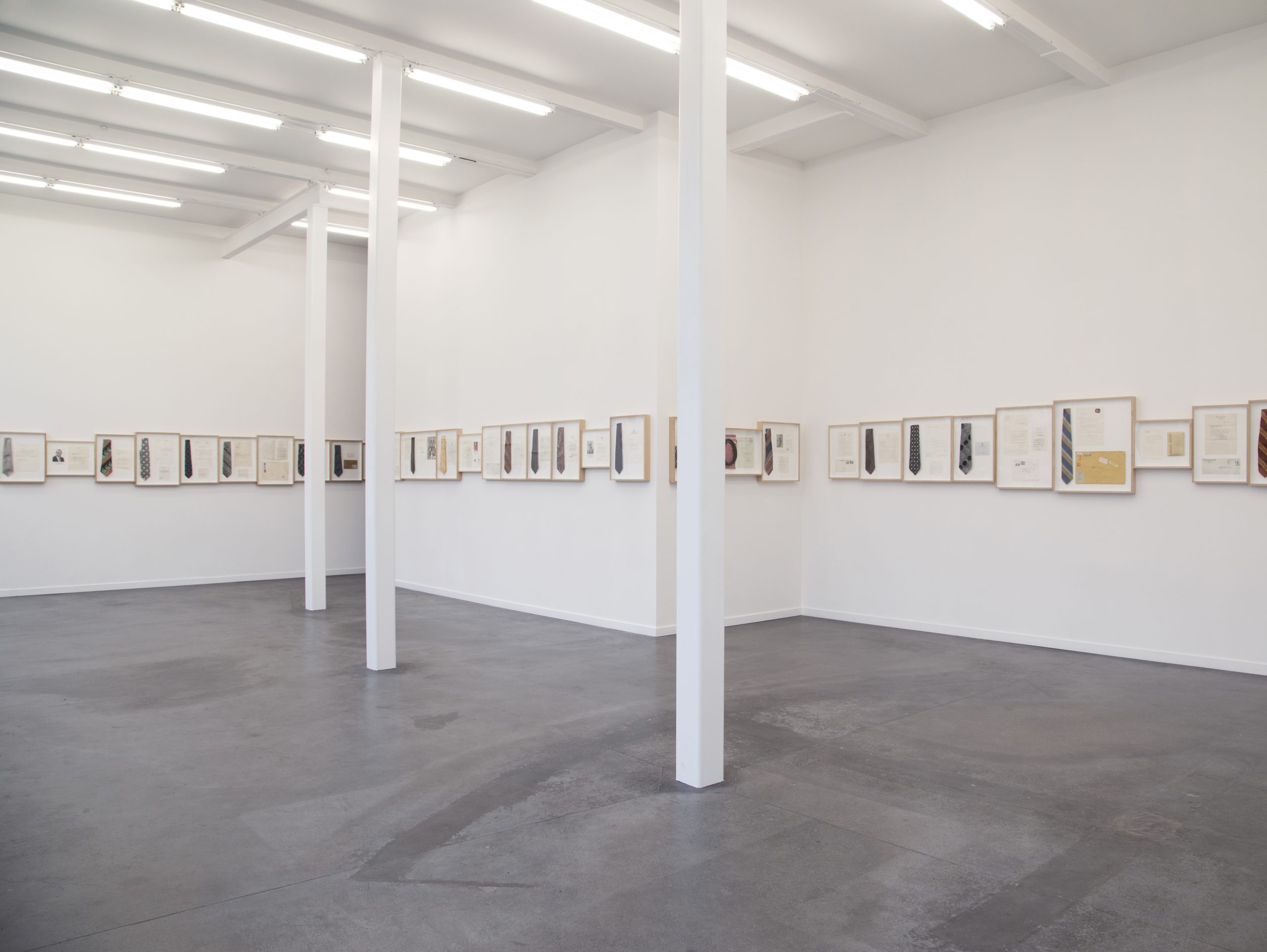 “In 1978 and 1979, I worked on a project called Cultural Ties in which I sent a letter and a personal necktie to every head of state in the world and asked for them to send me one of their own personal neckties in exchange. (In the middle of the project I ran out of my own ties, so I purchased a pile of used neckties from a local thrift store.)

In the accompanying letters, I explained that the ties represented cultural ties between nations. I wanted to see if we could learn something about the personalities of world leaders by their choice of neckwear, which is often one of the few areas of personal expression in the uniform of the politician. Out of the 160 heads of state who received my letters, 47 responded, including England, France, Switzerland, Austria, East and West Germany, Portugal, Sweden, Finland, Iceland, Canada, Mexico, El Salvador, Panama, Japan, Korea, the Philippines, Australia, New Zealand, Senegal, South Africa, Iran, Saudi Arabia,Egypt, Jordan, Israel and the Vatican.

The responses comprised three groups: leaders who sent me their own neckties; those who returned the ties I’d sent; and those who sent objects other than ties, such as books, photographs, a religious medal or a headdress. Many world leaders preferred Christian Dior ties. Bird motifs — including penguins, kiwis and flamingos — were popular with governor-generals.

The small details of the ties are quite revealing, with some ties showing signs of wear and fraying, while others arrived with elltale stains or dry-cleaning tags still attached. Also enlightening were the various styles of the written replies, with some heads of state typing or handwriting their own letters, while others delegated a secretary to deal with the correspondence.

Some of my favorite responses include the one by President Rudolf Kirchschläger of Austria, who wrote that he was “not convinced that the exchange of neckties will really strengthen the links between the American and Austrian nations.” From the Bahamas, Governor-General Milo Butler sent a handwritten Christmas card along with his tie, confiding, “I’m trying to keep it together.” New Zealand’s Governor General Keith Holyoake discussed at length the nocturnal habits of the kiwi bird. President Fahri Korutürk of Turkey delivered his tie by way of the Turkish Consulate in Los Angeles, with a ceremony at the consulate office where the Consul General personally handed over the presidential tie. I was moved by the letter from President Léopold Senghor of Senegal, in which he called my tie “beautiful.” Concerning my project, he wrote, “It seems to represent a salutation, a sign of friendship.” Later President Senghor invited me to have an art exhibition in The Hall of National Treasure in Dakar. I see the Cultural Ties project as a collaborative performance piece in which the leaders of the world paused for a moment to rummage through their closets to pick out a tie. Cultural Ties may not change the world, but it indeed proves that an individual has the power to touch the leaders of the world”.