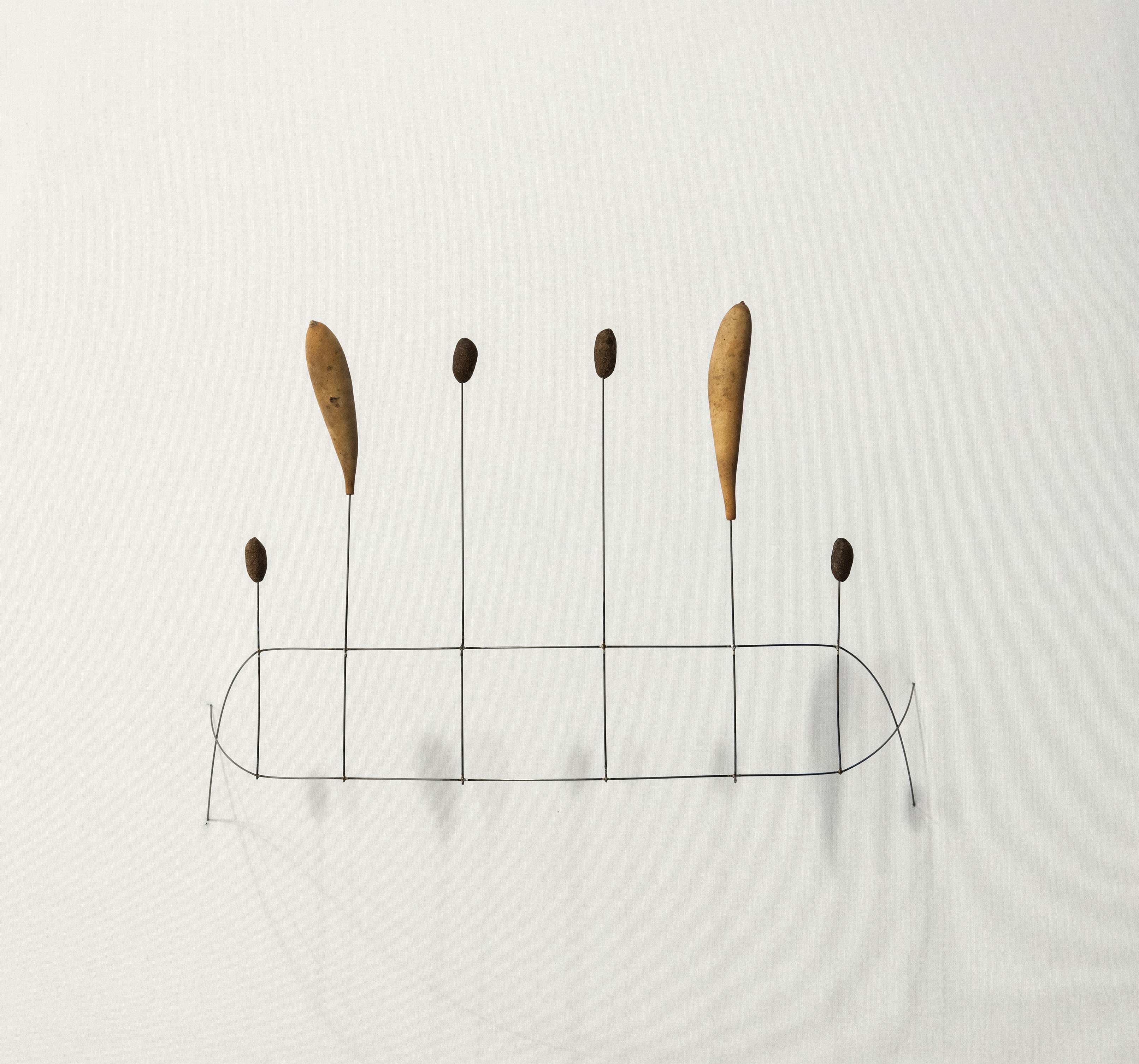 The etymology of the Latin word “Canicula” served as a starting point for Martin Belou’s installation. In Hellenistic astrology, canicula or ‘small dog’ was associated with Sirius, the brightest star at the firmament and part of the constellation Canis Major. The star can be observed from the Northern Hemisphere from mid-July to mid-September, when it disappears again. Its presence coincides with the warmest and driest period of the year, having a significant impact on nature, agriculture, society and the human body. Just like the Ancient Greeks, the artist looks to the stars to understand the earthly disasters. This act renders him humble and therefore capable of depicting the unthinkable.

Against this background, Canicula appears as a timely observation. Martin Belou does not rely on big gestures or moralizing messages. Instead, he creates an installation from which the human figure has disappeared. What remains is a landscape plagued by heat and drought, inhabited by plants and animals and marked by the traces they have left behind.

Canicula is Martin Belou’s debut at Bernier/Eliades Gallery in Brussels. The exhibition has been conceived, produced and will be presented amidst a pandemic that put an end to the absolutism of the human species. While precariousness gapes like an open wound that can no longer be ignored, the establishment keeps speculating about how to return to the pre-Covid world. At the same time, another slow but persistent kind of pandemic keeps unfolding in the background – the climate crisis.

Sirius rises late in the dark, liquid sky On summer nights, star of stars, Orion’s Dog they call it, brightest
Of all, but an evil portent, bringing heat And fevers to suffering humanity.
(Homer – Iliad)