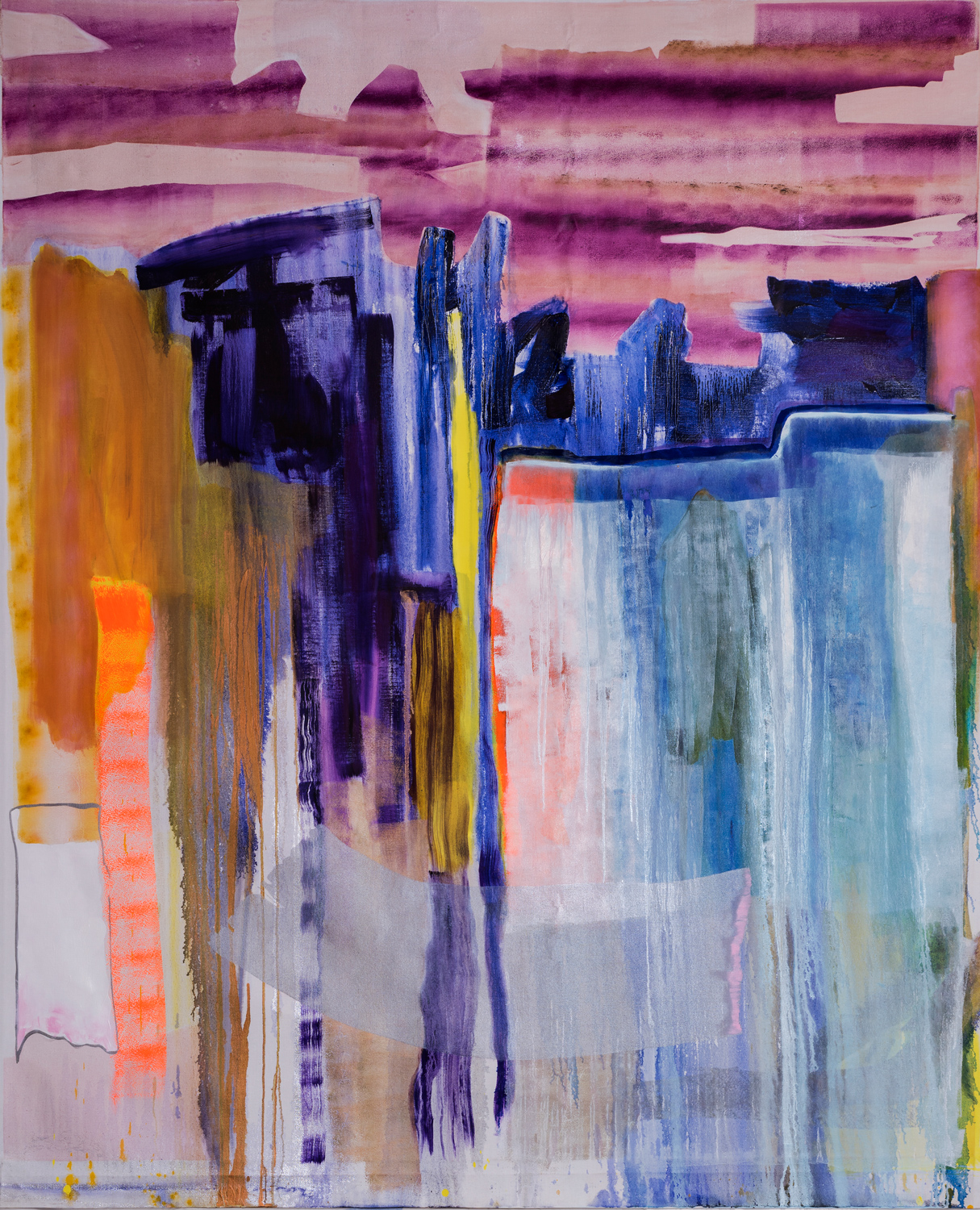 The Bernier/Eliades Gallery is pleased to present the latest solo exhibition of the American artist Monique van Genderen, opening on Thursday 8th of September during the Brussels Gallery Weekend.

Working in the expanded field of painting van Genderen’s work traverses material and conceptual experimentations. In her early artworks, using ripped and cut adhesive vinyl she subverted the material norms of painting. The artist continues to experiment, using, for example, egg tempera and wax on paper, or glazes on clay. Engaging with paints materiality and the language of modernist abstraction van Genderen creates a diverse range of visual language throughout her paintings and wall installations.

Her artworks feature flat planes and patches of colour (sometimes painted over other hues to create radiant, glimmering, translucent layers and veils) with smaller delicate lines crossing and countering these robust blockier elements to create worlds and time beneath and above the picture plane. Her gestural brush marks, ranging from calligraphy to singular minimalist strokes represent the subjective and empathetic elements of her works.

The bizou sized paintings in the current exhibition with Bernier Eliades, Brussels represent an exploration of modern painting legacies: from Monet’s Haystack paintings; to histories of abstraction’s relationship to the real; to the figure that dissolves in an Elaine De Kooning; and to the atmospheric landscapes of a painting by James McNeil Whistler. Originally exhibited with the title “Each of These Paintings Can Be Named After A Famous Painter” these paintings reflect on the historical references that are embedded in her work.

As van Genderen explains: “As a painter raised in California the influence of the land and water on the colour and light in my painting is dominant. From Los Angeles I represent experimentation with new materials and entrepreneurism. Northern California has more fog and moisture which diffuses and darkens the light. You see this out of the window in the picture included. The frontier spirit of California has influenced myself and many abstract painters that I revere. »