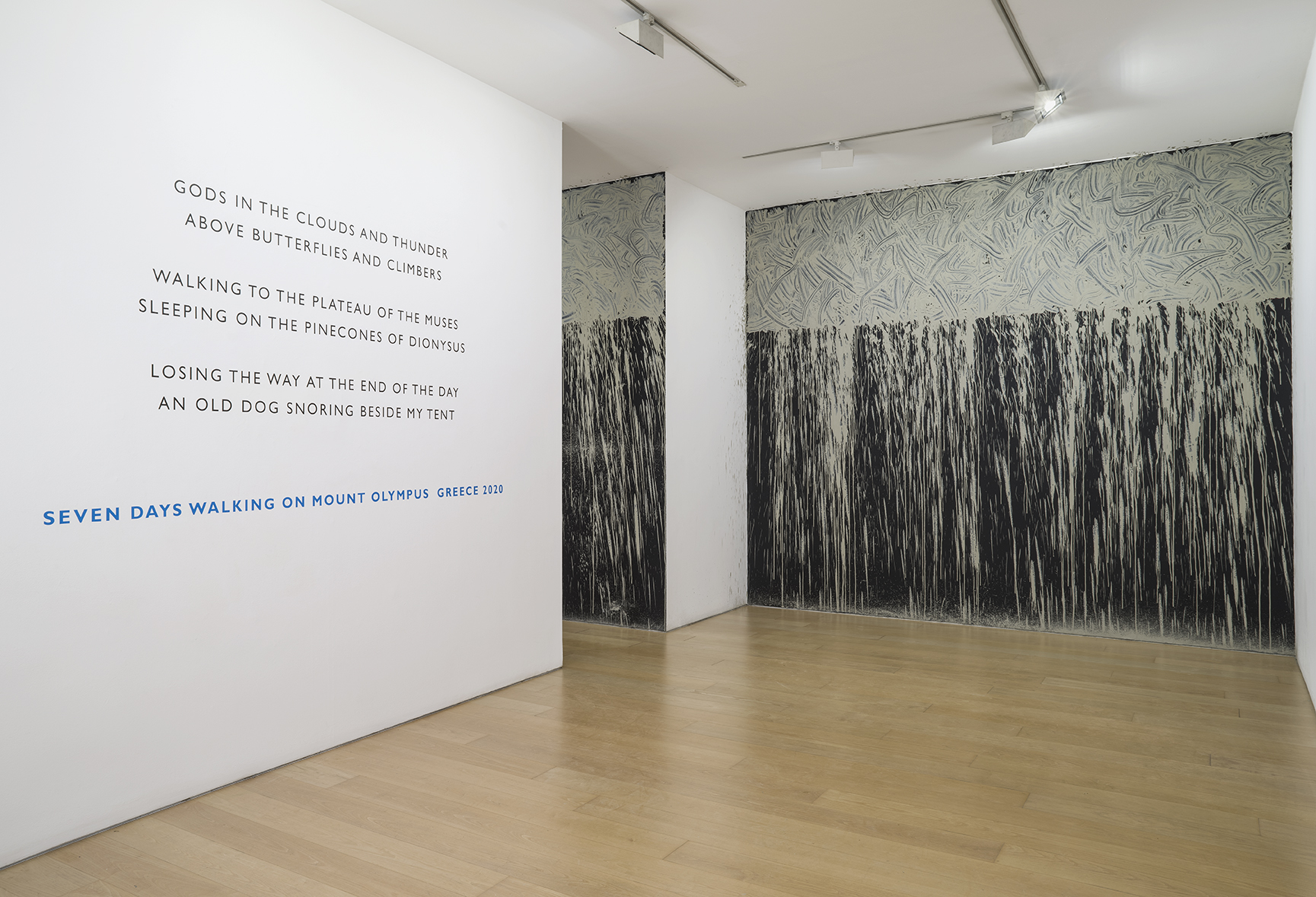 The Bernier/Eliades Gallery is pleased to present the solo exhibition of Richard Long.

This is the 7th solo exhibition of the artist at our gallery. The artist will be present during the opening.

Richard Long (b. 1945 Bristol, England) is considered a pioneer of the Land Art movement and one of the most prominent British artists.

The core of Richard Long’s artistic practice is walking in nature and the reflection that follows. The artist spends most of his time traveling and walking around the world. His travels and wanderings in nature are an integral part of his work, life and philosophy.

Since 1967, Long has been transforming his walks – from mountains to deserts, coasts, meadows, rivers and snow – into works of art, sculptures, photographs and texts. His work is both contemporary and “primitive, conceptual and natural, focusing on concern for both the finished work of art and the process of its completion”.

Through his work, his views and his attitude towards life, Richard Long, marked the Land Art movement, from the late 60’s until today. The artist prefers to coexist with nature and to reveal places that exist in the landscape. His works are “traces” of his walks around the world, revealing the process of their production, even when they are installed in more intimate environments such as a museum, a gallery or a domestic environment. These walks and the temporary works of passage, are recorded with photographs, maps and text works, whose time and distance measurements, place names and phenomena, create a vocabulary for both original ideas and powerful, condensed narratives.