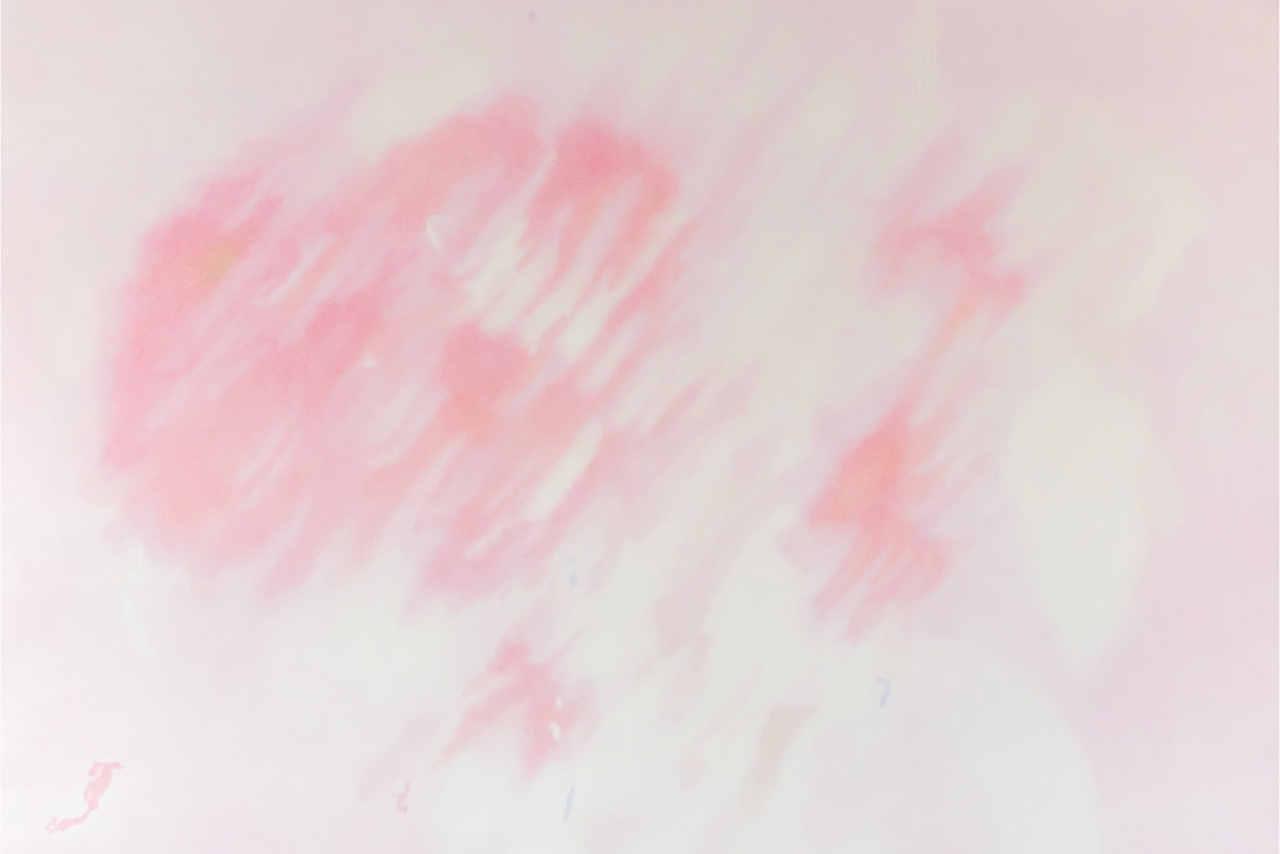 Romain Cadilhon was born in 1984 in Mont de Marsan, France and he graduated from ENSAV La Cambre in Brussels, Belgium. Since 2011 he has exhibited his work in various countries, including France, Belgium, Japan, Germany and Greece. He lives and works in Athens.

Until recently, his work consisted of black and white drawings, charcoal, graphite, pigments, sometimes photorealistic, sometimes abstract. The sources for each drawing are photographs, which Cadilhon has taken over time or collected from personal archives, the internet or books.

Unlike his previous drawings, the series presented in the gallery reveal a new medium in Cadilhon’s work. “The softness of colours, textures and surface treatment are essential components of the series.” As Cadilhon precises.

Colour came into Cadilhon’s work two years ago, in the “Cielo” series, which showed abstract, ethereal surfaces, the result of observations of the sky in his studio in Athens. This is also the first time the artist decided to work without a photographic base, without a sketch, but directly on the white of the paper. Figuration (representation) loses its importance and leaves space for the unfolding of colour.

At the same time, he started to photograph bouquets of flowers with a Polaroid camera. The milky, thick, imprecise aspect of the surface of these photographic images captivated Cadilhon, who started to experiment and play with the accidental and unstable nature of this camera, creating a base of images for the drawings exhibited in the gallery.

“I have always been interested in the immediacy of a work of art.
This is something that I try to achieve in my works – the ability to quickly catch the eye, and then let the layers appear slowly.
I hope these drawings will call for contemplation.”