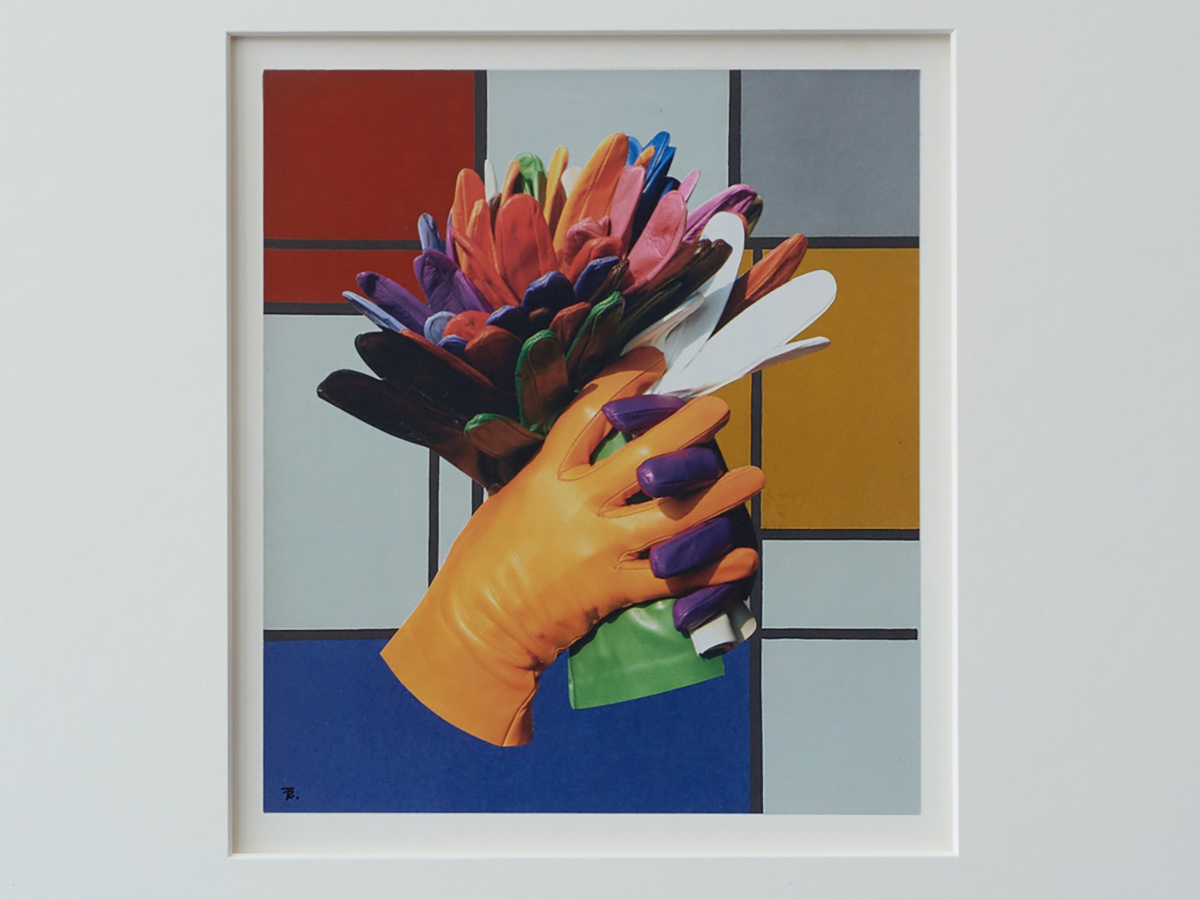 The Bernier/Eliades gallery will host an exhibition entitled “Collages” on the occasion of the tenth anniversary of Thierry Renard’s passing. The exhibition will bring together the creations of the Belgian artist and will be organised by Louise Renard in support of Professor Baki Topal’s “Pancreatic Cancer Fund “*.

Thierry Renard is an artist who uses collage as his main form of expression. He creates his own assemblage technique by combining different elements found in magazines, auction catalogues, second-hand books, old maps and photos to make a new whole. The artist incorporates both collage and cutting into his creative process to produce an image that is seen as a perfect trompe l’oeil, where you can barely see what has been added. Renard tries to find a balanced connection between the scattered elements in order to give his works an unexpected meaning.

“The technique requires enough skill and precision to do it well, but it also gives a lot of freedom in the endless possibilities of combining elements that don’t obviously go together. I myself am surprised by the number of elements and aspects that come into play when I always use the same technique. And it is, after all, a technique for which there is no need for special science or training, only a cutter, sharp scissors and good glue – a dry glue with as little moisture as possible,” Renard quotes.

Through his art, Renard also emphasises his commitment to art history as an essential element of his work. His collages are visual and brain puzzles in which art history plays an important role. Inspired by the cut-and-paste paper technique introduced by Braque and Picasso, Renard’s work is seen as a critique of artistic representations. He tends to create a very contemporary rapport with the history of art by appropriating well-known works and adding his own twist, thus diverting their abstract meaning. He provokes a dialogue, an exchange from this new ensemble punctuated with irony and self-mockery through the title he gives to the work. Thierry Renard’s artistic work calls for attention and memory.

Born in Tongeren in 1951, he studied law at the University of Leuven and began his academic career in legal philosophy. He then worked as a legal expert in the United States and Europe while dedicating himself to his collages. In 1994 he left his job as a legal practitioner to become a permanent artist.

Renard has collaborated with several renowned galleries such as Plus-Kern in Brussels, Thomas Schulte in Berlin, The Mayor Gallery in London, Galerie Lumen Travo in Amsterdam and Christopher Leonard in New York.

He exhibited at the Stedelijk Museum in Amsterdam in 1999 where he worked with Hugo Claus on the book “Goede geschiedenissen”, in which the writer’s poems are featured alongside the collages.

*The Pancreatic Cancer Fund is a research fund run by Professor Baki Topal, which aims to support research to help improve the diagnosis and treatment of pancreatic cancer.