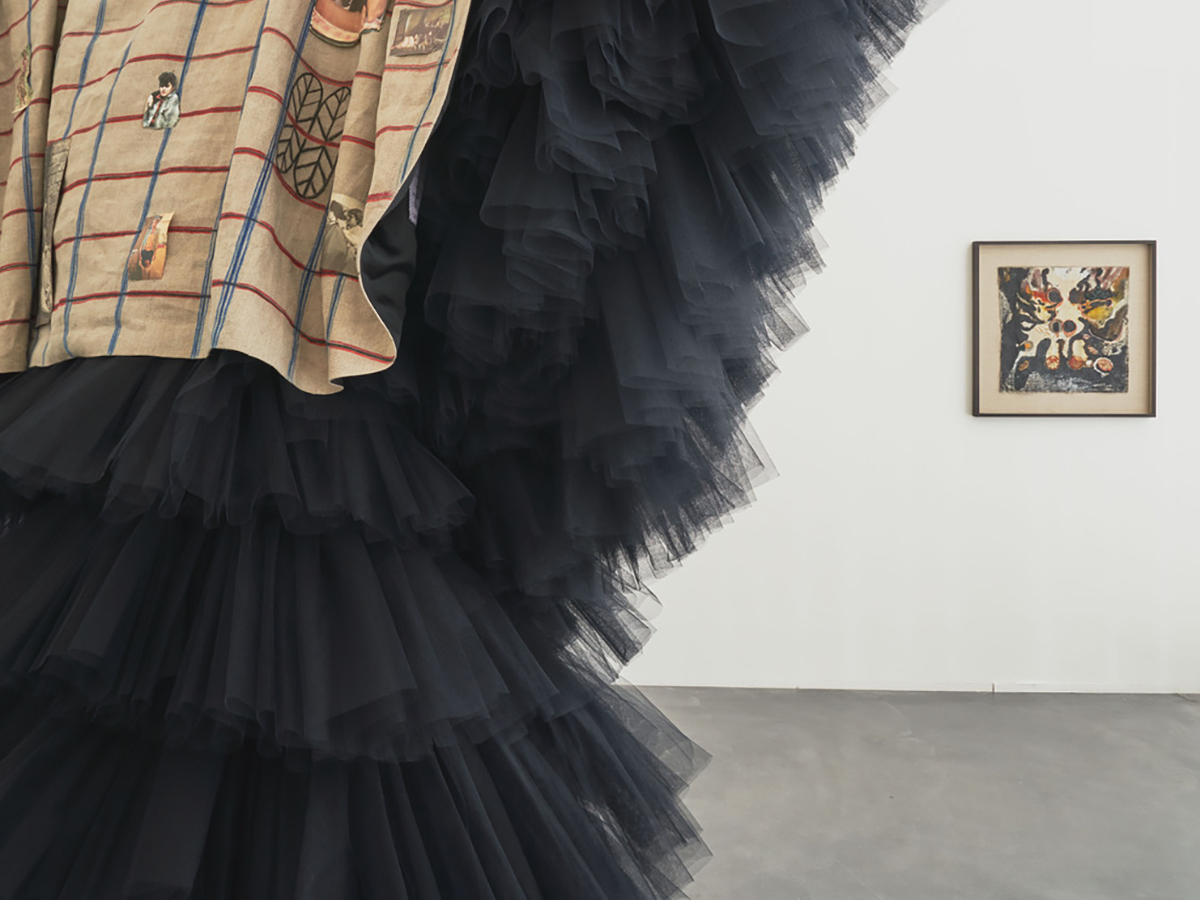 In 1872 Claude Monet bought a fisher’s boat and turned it into a floating studio to work, as depicted by his friend Edouard Manet a few years later in “Monet in his floating Studio”. Monet wanted to be closer to the subject he was painting, more specifically to inaccessible parts of the river Seine. The need of being physically in the nature was the motivation for this floating work space. He borrowed the idea from Charles-Francois Daubigny who often worked from a boat to capture the changes of natural light and the river scapes, the atmosphere of his landscape paintings. Moving out of the studio with a portable easel and box of paint into the countryside created a new way of painting known as ‘en plein air’ in the 19th century and was especially favoured by French impressionists.

Apart from the limitations of the academic studio painting, being physically in the actual space of their paintings was important to the artists. The works were liberated from the interior space of the artist’s studio, hence also from its mystification as being the sole place of creation in retreat from the outside world.

A group of paintings in “Unrehearsed Conversation”, Valerie Mannaerts’ third solo show at Bernier/ Eliades Gallery, also belongs to a creation process outside the studio, yet not specifically out of the urge of being physically in a surrounding space which is the subject of the works. They rather evolved from a very personal need of the artist to be close to the physical artefact of her artworks, to put herself into the space of her work when she can not be in her studio. Mannaerts worked during the last year on paintings she groups under the title “The Accumulation of Unrecorded Life”, made with pencil, oil paint, embroidery and textile on approximately 40x40cm fabrics; a format that enabled her to expand her studio to other locations and continue with concentration. The paintings show different results of the physical act with hands: lines drawn with pencil, surfaces coloured with brush and thread, sometimes blurred with a layer of tulle. They are abstract compositions on small pieces of canvas, which Mannaerts carried with her to reclaim the time occupied by the practicalities of daily life. In these works, the artist conducts painterly experiments on what landscapes could be, how they could trigger the imagination of the viewer, without the burden of being loaded with a specific meaning. At the same time, these works are answers to the realities of daily life, which do not always allow the secluded time in the artist’s studio. The flexibility of folding smaller canvases to be carried along enables Mannaerts to produce without compromising the essence of her works, namely their physicality and proximity to her own body. The methods she hereby applies -drawing, painting, sewing- require different levels of concentration. This physical absorption, in return, relocates her into the space of her work; perhaps a new space, which is liberated from her studio, one that is floating along with her.

The relocation into other spaces than the studio during the production period of her works is a recent aspect of Mannaerts’ work. The abstract compositions in “The Accumulation of Unrecorded Life” derive from her associative world, from her intuitive conceptions. Some elements in those compositions are immediately recognisable to the eye, yet Mannaerts playfully balances the direct associations with abstract components. It is her method to avoid an artistic language that would cause black and white readings. In this regard, her works are as much paintings as sculptures, as much finished as unfinished, sharp and dreamy at the same time. One bigger painting, two drawings and a large sculpture also included in the exhibition testify this balancing act against   being pinpointed in binaries. The sculpture is named “Freedom to Think of Things in Themselves”, a title which Mannaerts borrows from Virginia Woolf, who wrote in A Room of One’s Own: “… And as I realised these drawbacks, by degrees fear and bitterness modified themselves into pity and toleration; and then in a year or two, pity and toleration went, and the greatest release of all came, which is freedom to think of things in themselves.” The greatest release in Mannaerts’ work is the disappearance of a context, or in other words, the possibility she    offers to the viewer to put her works into their individual imagination.

At first glance, the voluminous sculpture Mannaerts shows us stands self-confidently on its own. It is a black, massive garment that looks like a glamorous dress as much as a tribal costume, but is made with light tulle. It suggests a large human presence, a body we don’t see but imagine. An untreated piece of canvas is resting on its shoulders and resembles a pallium but also a long collar adorning a dress. Portraits of women are pinned on its surface that is rendered with perpendicular lines and leaf-like drawings. These components are contradictory at first sight, yet they are an important part of Mannaerts’ work which continuously discovers its (or her) own boundaries. By offering layers of different associations, the artist redefines the presence of an artwork she carefully composed and is not afraid of releasing it to the spectator’s imagination. In the painting “I like Messy”, Mannaerts hints with her distinctive way of painting at a sexualised figure who also carries a collar on the shoulders. The body seems to stand on a pedestal and on a closer look, it seems to be a painting in the painting, resembling a decor rather than the depiction of any human frame. In a smaller drawing, a girlish body with a clearly female face looks at us directly in the eyes. It is a fine pencil drawing that contrasts with the non- figurative painting it is placed into. Surrounded by fluidly coloured surfaces, the female figure looks like an ‘unfinished’ line drawing, yet sharp and watching calmly. Her hand is out into her flesh as if her body would be a garment, an awkward moment that brings everything back to the body, to the physicality and plasticity of our existence.

With “Unrehearsed Conversation” Mannaerts shows us how she sees the connection between the mind and the body as an inevitable part of her life and creation. An intuitive and associative way of working allows her to dwell extensively in an abstraction realm. Yet by keeping her work very close to the human body she retains a clear connection to the physical world. She uses seemingly contrasting elements to reach a fluidity that resembles the inevitable connection between the body and the mind. At their crossing, she defines the relationship of the artist towards her own work as a curious aspect to be continuously explored. These enquiries lead to artworks being produced in full immersion with the mental space which each work requires. Her deliberate retreat into that space results in very precise decisions, actions and compositions. Yet she doesn’t want to remain solitary there: via her oeuvre Mannaerts invites us time and again to dream, to reflect and to question how aspects of life relate to each other. Within “Unrehearsed Conversation”, she generously shares exactly this relation to what she creates. Despite being open and not being practiced, her conversation with the world is devoid of chit-chat; conducted by clear words instead of a mumble.